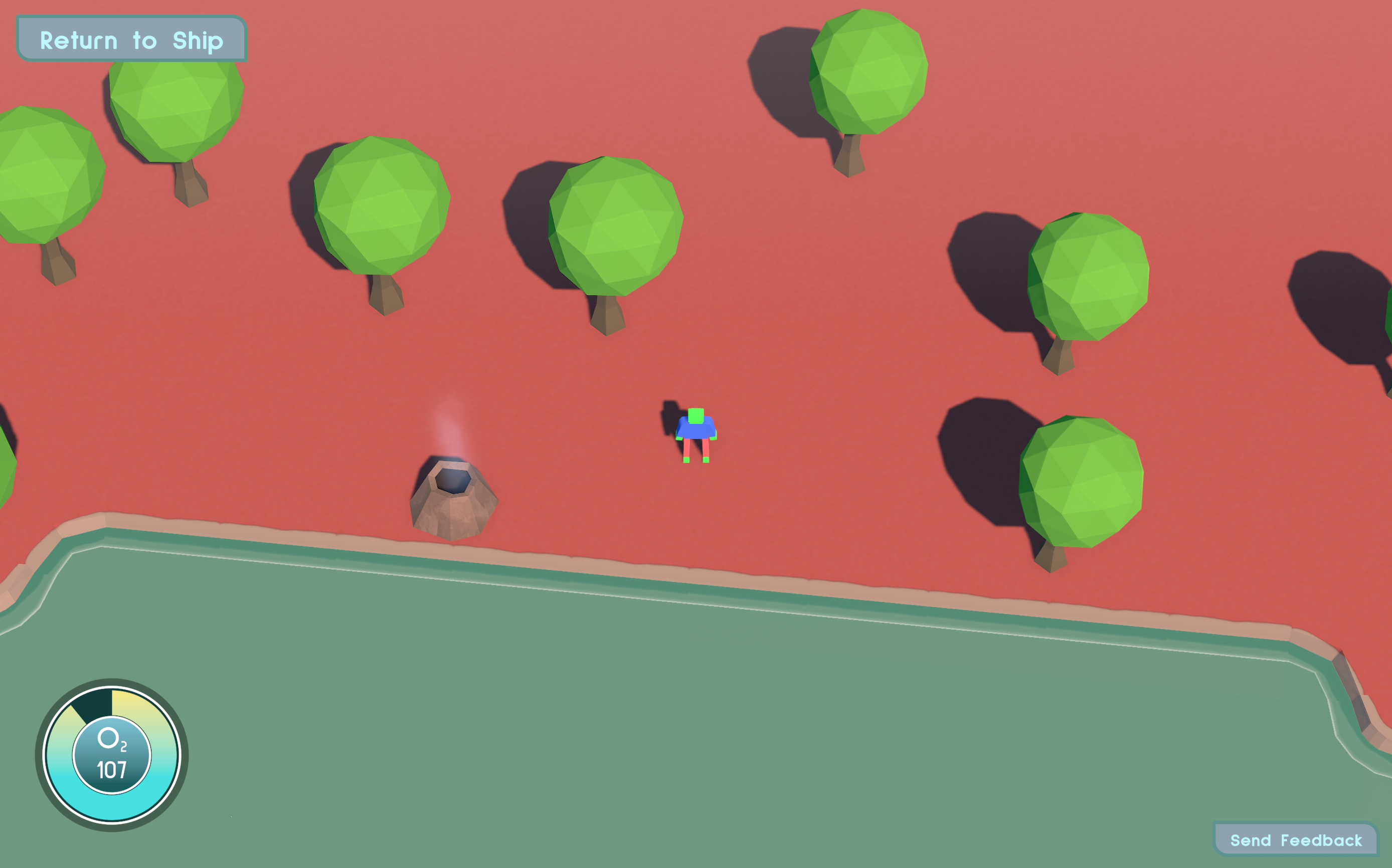 Starsteaders 0.1.3 is out! This update comes with a big graphical update and our first real game mechanic, which is the need to refill your oxygen at naturally occurring gas vents you'll find around the planet. If you run out, you'll pass out and wake up back on your starship. Maybe the intergalactic patrol rescued you?

I'd love to hear what you think! Daily updates and game dev chat in Discord, and even more updates on Twitter!