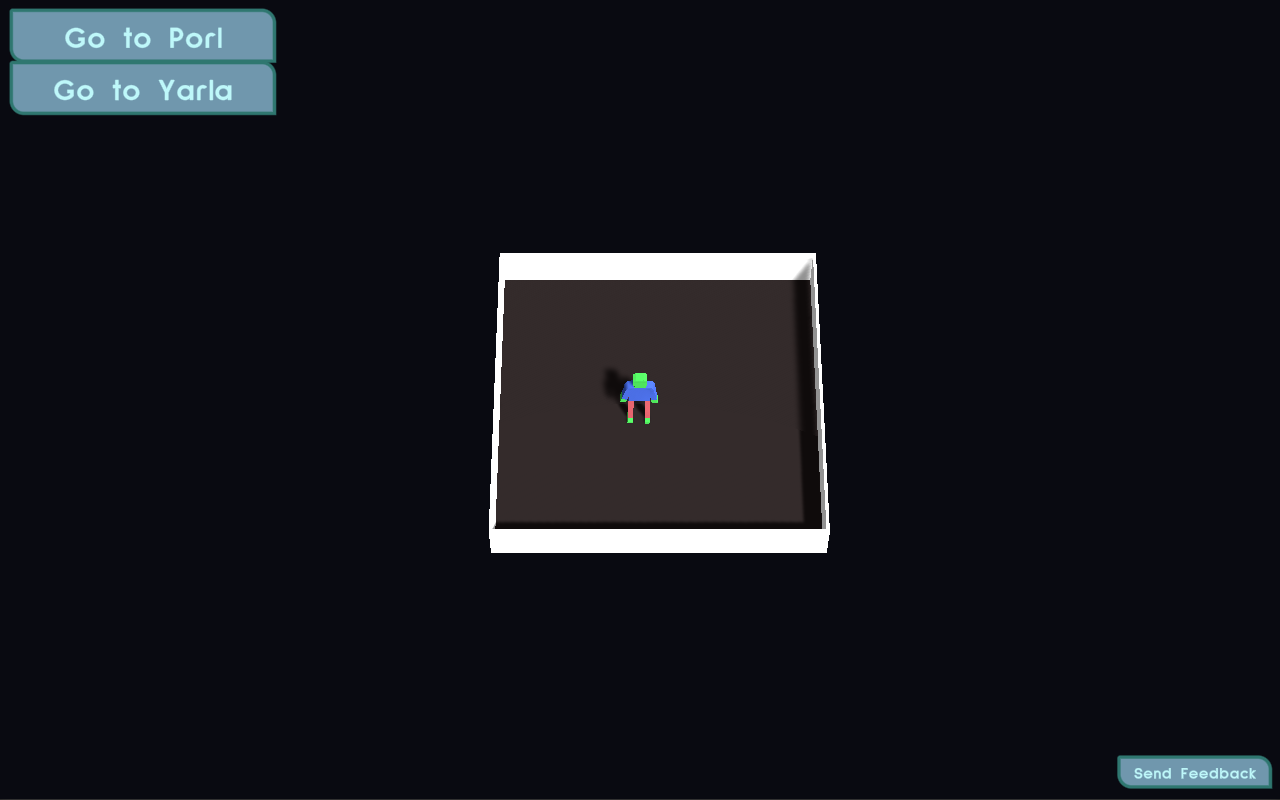 Starsteaders 0.1.2 is out! This update gives you a starship (just one room for now but in the future you'll be able to expand and build on it). You can also jump back and forth between two planets, Porl and Yarla. Both are pretty similar except Yarla is way bigger - it takes like 10 minutes to run around it.

Give it a try and send me feedback! BTW - daily progress updates and game dev chat in Discord!