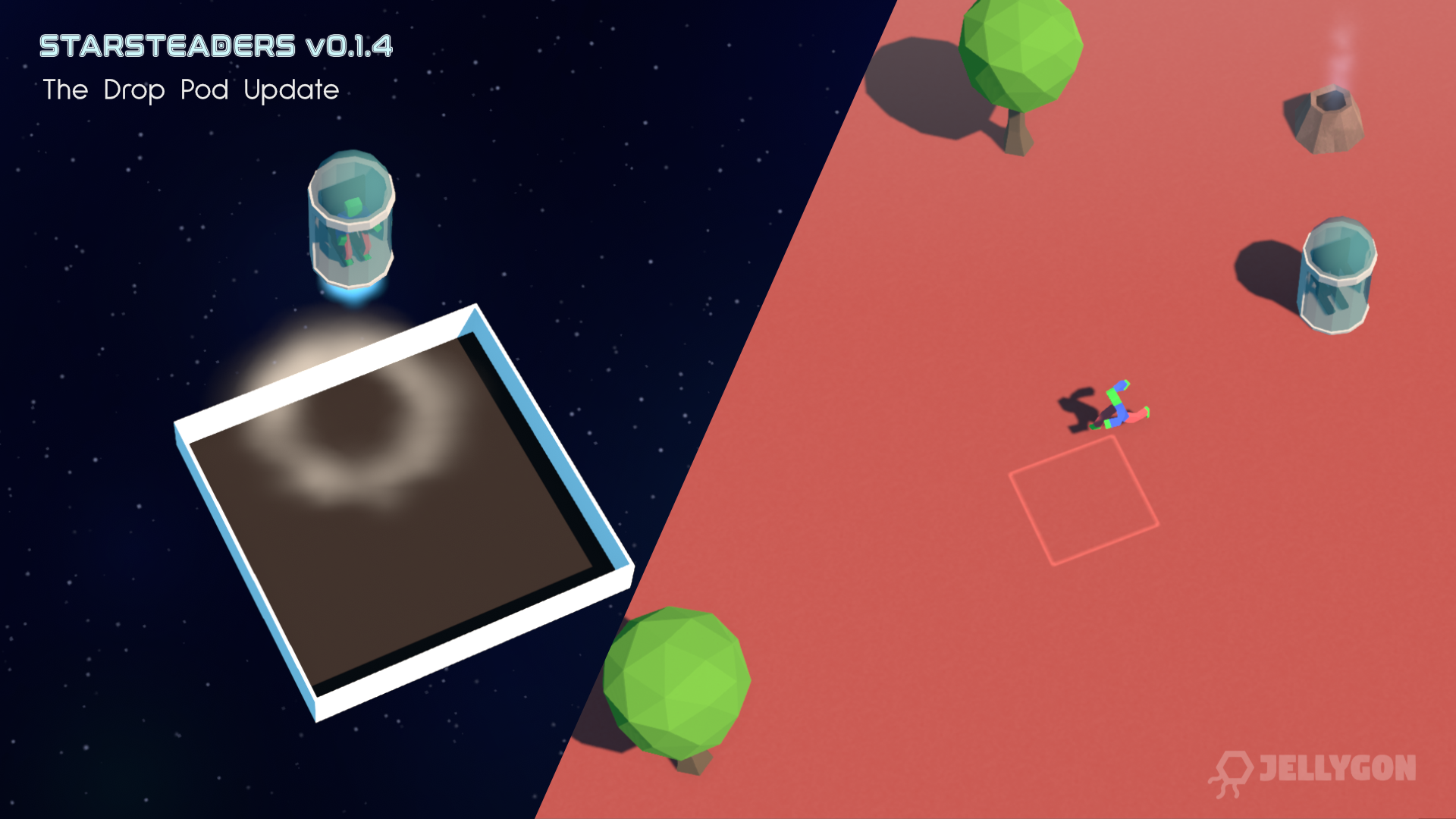 Starsteaders 0.1.4, the Drop Pod update, is out! This update took a while (a month and a half!), but contains a lot of fun new features and backend progress. The main new feature is your very own drop pod which will transport you from your starship to a planet's surface and back. This replaces the old method which was just clicking a button to teleport back and forth. Your drop pod serves as a safe zone with full life support, and for now you'll always spawn inside it. Only you can fly your drop pod - the doors won't open for other players, so no stealing allowed (for now, anyway)!

Here's a preview of some of 0.1.4's new visuals, drop pod features and run/planting animations:

To go along with drop pods, there has been somewhat of an animation overhaul. There's a new and improved walk/run cycle, animations for getting in/out of a drop pod, an animation for planting, and an animation for running out of oxygen and passing out (after which you'll be teleported back to your drop pod).

There's also a new indicator on the ground that tells you what grid position you'd be planting on, since it's not always obvious from your position.

Notice that in your starship there's now a starfield skybox, and when you interact with your drop pod a handy new UI shows up letting you know what your options are. When you remap your keys or switch from mouse/keyboard to a gamepad, the UI updates to reflect that. Lots of existing UI has also been redone, including new button styling and a new start menu. 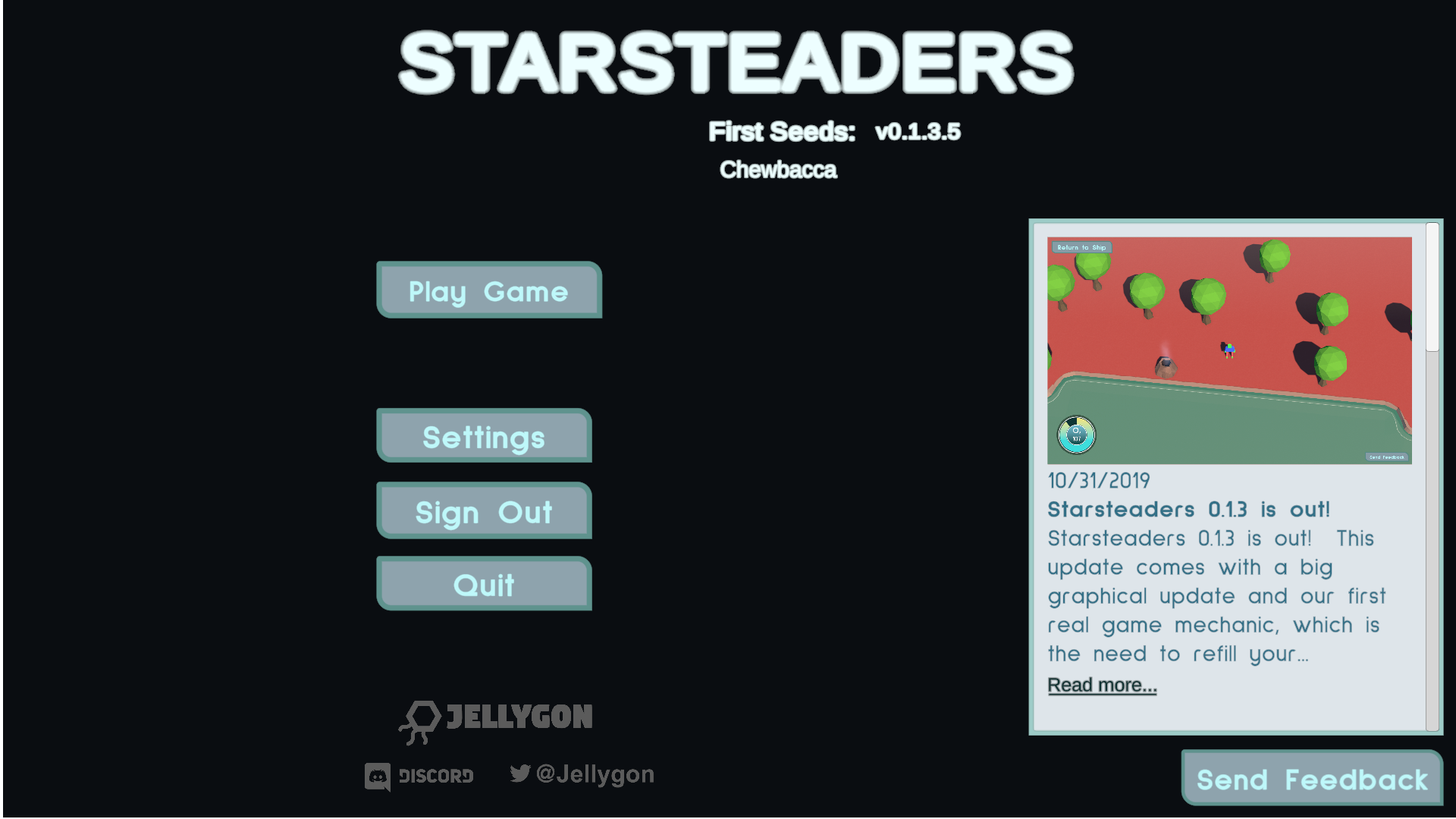 And here's the new start menu. Hopefully it looks better to you!

And finally, less obvious but still very important, there have been a lot of infrastructure changes to make the above features possible. In particular, being able to get inside drop pods and travel with them to another location was a big internal change. Now that it's possible, however, it should open the door for things like ground vehicles with multiple passengers in the future. The multiplayer aspects of the game were also heavily modified (and still fairly untested) so I'm expecting that to continue to be a big deal for a while.

Next up, I'm thinking of writing a year-end wrapup news post highlighting everything I've done so far, and what's to come. In the new year I'm excited to start really fleshing out the game and hopefully add a ton of fun features and content!

If you'd like to show support for my game, please create a Jellygon account as that is very encouraging to me. And if you want to give Starsteaders a try, you can download it for Windows on this page. As always, I'd love to hear what you think! Daily updates and game dev chat in Discord, and even more updates on Twitter!